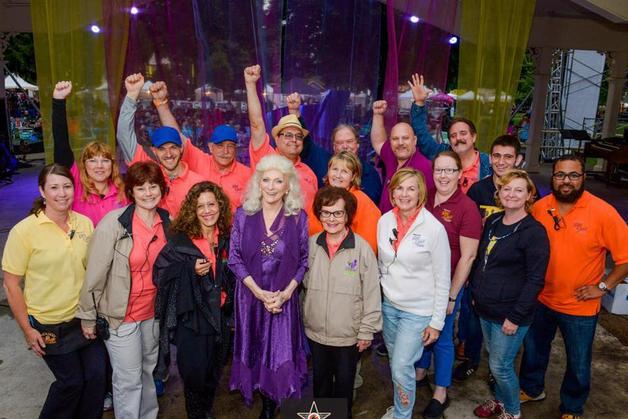 The First Annual Vancouver Wine & Jazz Festival took place September 26-27, 1998 in downtown Vancouver. After nearly a year of planning, the Festival premiered to huge weekend crowds. By all measures, the Festival was an enormous success.  The 1998 Festival was held on the site of the former Lucky Lager Brewery in downtown Vancouver. International jazz star and vocalist Dianne Schuur entertained a huge Saturday night crowd. 21 wineries, 6 restaurants and 40 fine artists participated.

Each year more than 200 people volunteer to support the Festival.  Media estimates that 8-10,000 people attend the annual festival.  Visitors from 25 states, Europe, China, Japan and Canada have attended, and more than 150,000 people have attended since its inception.

​What is the Vancouver Wine & Jazz Festival?
Awarded “Outstanding Tourism Event” by Clark County, the Festival is the #1 Cultural Tourism event in Southwest WA and is “…the largest jazz festival of its kind in the Northwest…” (ABC TV KATU 2 Portland, OR).  Since 1998 visitors from 25 states, Canada, China, Europe, and Japan have attended the Festival.

A management team of 20 is led by Artistic Director Michael Kissinger and Festival Director Maria Manzo.  More than 200 community volunteers assist each year with the production of the Festival.

What is the Purpose of the Festival?
ARTS: To be a major festival of the musical, visual, performing, enological arts.
ARTS: To entertain, enrich, and educate audiences.
ARTS: To promote the programs of Bravo! Concerts Northwest.
ECONOMIC: To attract thousands of tourists to Southwest Washington.
ECONOMIC: To provide value to Festival Sponsors.
EDUCATION: To provide music education opportunities for students.
COMMUNITY: To build community and civic pride.